Air pollution isn’t good for any of us. However, children are among the most at risk.

Children have unique behavior and activity patterns. For instance, they play and crawl on the ground amidst dust and dirt that might carry a wide variety of toxicants. They often put their toys, hands, and other items into their mouths, ingesting substances that are harmful.

Children usually spend more time outdoors and are more physically active when compared to adults. The air pollution exposure of children is increased by the time they spend outdoors coupled with faster breathing during exercise.

Every day, approximately 93% of children in the world under the age of 15 breathe in air that is so polluted that it places their development and health at grave risk. Unfortunately, the World Health Organization estimates that as a result of lower respiratory tract infections caused by air pollution, 600,000 children died in 2016.

Being aware of the connection between air pollution and child health, and even more importantly, how we can limit the negative effects, is crucial to raising healthy and happy children.

So, what known connections are there between air pollution and the health of children?

The first thing you can do is take steps to ensure that the air quality in your home is of the highest standard possible.

Clean your home often and well. You should focus on removing pet dander, pollen, and dust more specifically. These allergens can make breathing especially difficult for children since they can get into the lungs.

A smart choice would be to remove rugs and carpeting since they will hold and collect all of those allergens, and release them every time you step on them. Laminate, tile, and hardwood are much more lung-friendly options.

You should try to avoid bringing harsh chemicals into your home. You can focus on natural cleaners such as vinegar and limit the use of household cleaners. Children’s health can be disastrously affected by the chemicals released by many common household products.

You can consider filtering the air and improving ventilation in your home. However, when outside pollution is bad, make sure that you keep doors and windows closed, so the pollution doesn’t get in.

How Can AirCare Help?

Since different areas have different levels of air quality at different times, it is important to monitor what is happening with the air. You can use AirCare to have accurate measurements of air pollution levels and take informed steps in combating air pollution outside. 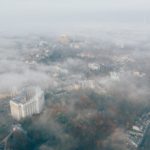 As humans, we are skilled at identifying when water isn’t clean or food is tainted just by looking at it or smelling it. However, it can be … END_OF_DOCUMENT_TOKEN_TO_BE_REPLACED 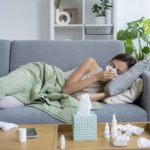 Hay fever, also known as allergic rhinitis, is an allergic reaction to pollen, typically when it comes into contact with your nose, mouth, … END_OF_DOCUMENT_TOKEN_TO_BE_REPLACED 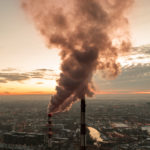 Air is essential for all living beings on Earth. Poor air quality has a negative impact on the environment, as well as human … END_OF_DOCUMENT_TOKEN_TO_BE_REPLACED