Effects of Wildfires on the Environment

It’s the middle of summer, you see black smoke rising in the distance from the forest, and you realize it’s happening again. Wildfires are becoming an ever-increasing occurrence both in the US and all around the world.

Even though they are a natural part of many ecosystems, as global temperatures rise and droughts show up more frequently, we will start to see more wildfires around us.

Wildfires seriously affect our environment, from the air to the water, soil, and even animals that live in these millions of impacted acres.

The European Union’s Commission’s Horizon magazine states that enormous plumes of smoke thrown into the atmosphere by uncontrolled wildfires may affect the health of people hundreds of miles away.

We all know that breathing smoke causes numerous health-related issues and contaminates the air. But researchers found that wildfires that burn for more than a day make the air four times more toxic around them.

As long as smoke is being guided by the wind toward your location, you’ll be impacted, no matter if you’re far away. ‘People might not even be aware they are breathing in the fumes from a faraway forest fire, but it will be affecting their health.’ a professor for the magazine says.

Just as wildfires impact air quality, they also do harmful effects on our water supplies too. Water is being used by vegetation, animals, and humans alike.

The Environmental Protection Agency says that during the active burning of a fire, the ash and other particles can settle in our rivers, lakes, streams, and reservoirs.

Since the vegetation is burned up, rainwater can add to this pollution of water by washing quantities of ash, sediment, nutrients, and contaminants into streams, rivers, and downstream reservoirs.

You would be surprised to find out that low-intensity fires can actually be beneficial for the soil. For example, soil fertility can increase after low-intensity fires, which increases site productivity. Fires do this by restoring soil nutrients through the release of elements such as nitrogen, sulfur, phosphorus, and carbon.

But if a fire is too hot, like wildfires that rage for days, the heat will kill microorganisms that sterilize the soil, leading to soil pollution and ultimately rendering it infertile to grow anything on it. The healing process could take years, which is why we see so much scorched earth after a wildfire passes over it.

The most directly impacted by wildfires are creatures that have their habitats destroyed by the fire. Slow-moving animals that can’t escape the fire in time are usually the first direct victims.

As for the rest, losing their habitat means it might take years for them to find a new suitable one.  For example, animals that depend on old-growth forests can struggle for decades to find suitable habitats if trees fall victim to fire.

But just as with the soil, not all animals are at a loss. Some species benefit from wildfires, such as raptors that hunt rodents running from the flames, beetles that move into dead wood and lay eggs, and woodpeckers that feed on them and nest in hollow trees.

Fires can expose additional vegetation that some deer feed on, making their supply of food more plentiful. Of course, this depends on the intensity of the wildfire, as high temperatures for an extended time will kill any vegetation.

Do you want to know what is the quality of the air that you breathe? Download AirCare – our free mobile app that tracks air pollution from your pocket, and make sure to check out the AirCare blog! 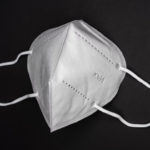 According to the World Health Organization (WHO), exposure to high levels of air pollution can cause a variety of negative health effects. … END_OF_DOCUMENT_TOKEN_TO_BE_REPLACED

You might have heard the phrase “allergy season is coming”, but what does that exactly mean? When does it start and end? Let’s cover … END_OF_DOCUMENT_TOKEN_TO_BE_REPLACED