Air pollution is among the causes of increased infertility and growing sterility rates in women and men across the world. You don’t initially think that there is a correlation, but poor air quality may cause a reduced number of healthy egg cells in women and thus decrease fertility rates, also lowering in vitro fertilization success rates!

Several studies have proven that women who inhabit polluted areas have fewer vital egg cells, lower fertility rates, and a higher rate of unsuccessful embryo implantation during in vitro fertilization compared with women who are not exposed to the impact of air pollution. Fine particulate matter PM 2.5 decreases egg cell quality, reducing fertility by 2% per 10 µg/m3 in the air. Check the PM 2.5 quality in your area with AirCare.

A study from Brazil has shown that women exposed to high PM 10 levels (>56.72 µg/m3) have higher miscarriage rates, despite the fact that they have undergone the process of in vitro fertilization.

This data prompts the obvious conclusion that air pollution has a negative influence on female fertility and that a radical improvement of air quality is necessary so as to revert fertility rates to normal and render in vitro fertilization more efficient.

During pregnancy, women are more vulnerable to air pollution; however, poor air quality causes infertility and sterility in men, too.

Several studies have indicated that PM10 and PM2.5 particulate matter, apart from being able to penetrate lung alveoli, can also reach the testicles and reduce fertility, cause fetal anomalies and increase the likelihood of miscarriage.

A Czech study has shown that air pollution is also linked with a decline in sperm motility – a parameter of major importance for natural fertilization.

About 12% to 15% of couples are unable to conceive after trying to get pregnant for one year. This also causes a growth in the number of patients requiring medical assistance and who are increasingly undergoing in vitro fertilization.

Laboratory air pollution is an additional problem when tackling the issue of sterility since it decreases the vitality of egg cells, sperm, and embryo, thus also reducing in vitro fertilization success rates. For instance, in case of an internal filtering system malfunction, the pregnancy rates following in vitro fertilization drop significantly. After new filters are installed, the success rates return to normal values. However, if patients are constantly exposed to contaminated air, the problem of sterility and loss of pregnancy may persist regardless of modern laboratory technology.

In the USA, 7 out of 10 leading laboratories operate in clean rooms, where every possible form of contamination is eliminated. Such conditions not only increase success rates but also prevent harmful matter’s impact on laboratory air. These include volatile organic compounds, which can hamper early embryo development.

Do you want to know what is the quality of the air that you breathe? Download AirCare – our free mobile app that tracks air pollution from your pocket, and make sure to check out the AirCare blog! 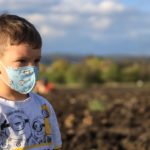 Air pollution is a serious problem our planet is facing. Share this with your kids to learn what air pollution is, some common pollution … END_OF_DOCUMENT_TOKEN_TO_BE_REPLACED 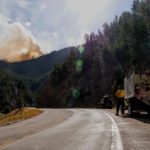 When a disaster happens, people are often left feeling overwhelmed and confused about what to do next. Wildfire recovery is a long process … END_OF_DOCUMENT_TOKEN_TO_BE_REPLACED 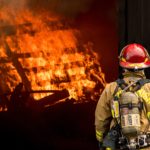 According to the National Interagency Fire Center, humans cause an average of 80% of all wildfires. Wildfires disrupt gas and power … END_OF_DOCUMENT_TOKEN_TO_BE_REPLACED